Hillscapes owners and hosts Owen and Jo-Anne invite you to enjoy their beautiful home with them for personalised escapes from the bustle of your busy schedules.

We offer you the best in luxury accommodation in Port Alfred.

Owen and Jo-Anne Hilliar would like to invite you to enjoy their beautiful home with them.

Inspired by their own recent change of lifestyle the Hilliars hope to connect with their guests in a tranquil setting providing personalised escapes for those in need of a break from the bustle of their busy schedules.

Hillscapes sleeps a maximum of six guests in three luxury en suite double rooms. The Hilliars will host you in their beautiful home, share meals with you and provide access to the wonderful leisure activities that the environs of Port Alfred and the Eastern Cape afford. A few days in this setting is a reboot on body, mind and soul. 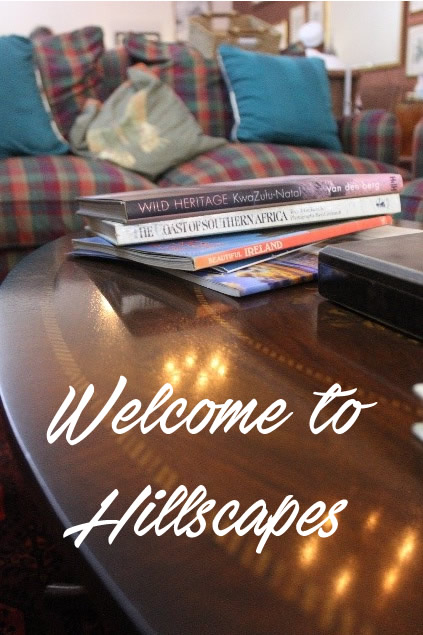 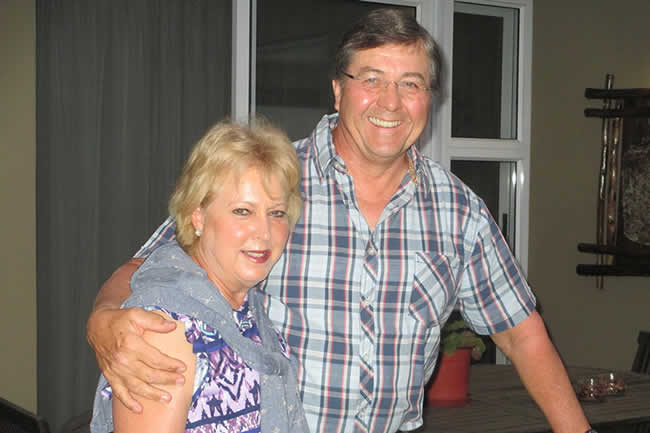 The inspiration behind the Hillscapes' brand is intrinsically personal

Jo-Anne and Owen were living life in the city. The stress of the city and the minutiae of their busy schedules consumed them. Jo-Anne and Owen, needed a drastic change to reset themselves – they escaped to the Eastern Cape.

They sold their house and Jo-Anne sold her Landscape Design School and has stopped most of her consulting activities. Owen, an optometrist by profession, sold some of his practices and became semi-retired. They packed up their furniture, pets and eight tons of plant material for the move to Port Alfred.

On arrival, apart from rebuilding the house, they also had to set up a huge nursery. They had a 50-50 success rate keeping the plants alive for 18 months while the reconstruction of the landscape could be completed before planting. 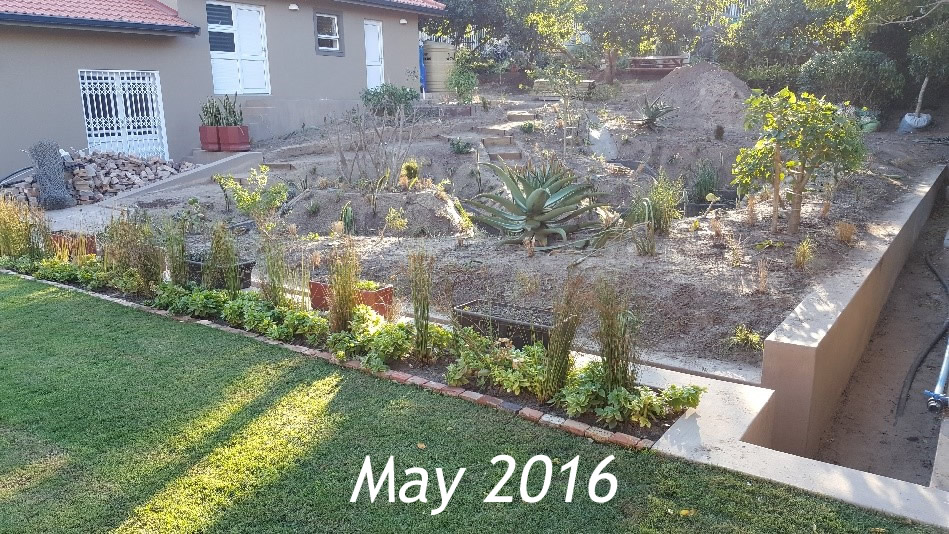 The garden features an entirely self-sufficient man-made wetland utilizing the grey water and run off water from the house and driveway which is purified and filtered. The indigenous wetland plants sustain varied birdlife and provide secluded seating and pathways to enjoy. It took a lot of nurturing to get the plants to settle down and experience their new home while the pets and people also had to acclimatize to life in the Eastern Cape.

The construction work in the house and garden was completed by all local contractors which assisted the Hilliars in meeting and befriending many of their new fellow townsfolk.

The time spent also allowed for them to get used to the wind which can be a feature of this beautiful and rugged Sunshine Coast. Although not entirely off the grid the house does utilize solar energy where possible. Their home has a spectacular 180 view of the sea and as you enter this space, the view possesses you. 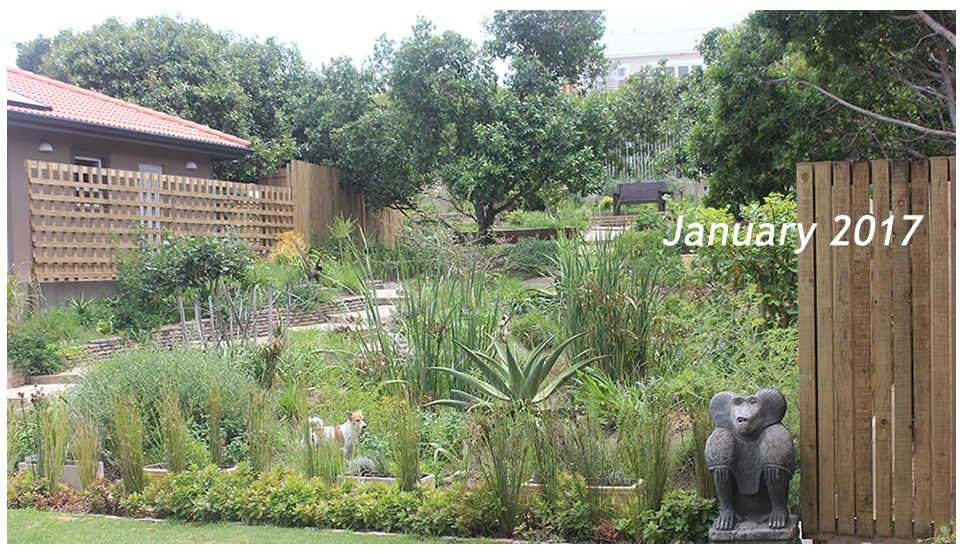 We at Hillscapes want to share this beauty and quietude with you, our guests. We want you to find respite from your busy lives and experience the change of pace that Port Alfred has afforded us.

We welcome you into our home and want to show you around and walk with you on the beach with our dogs and take you on a cruise up the Kowie River. We love to fish and play golf and we invite you to join us.

If you would like to experience the ambience and the peace of our home- with warm, South African inviting hospitality – come and stop by for a few days and refresh your soul.

Hillscapes is an extraordinary house and garden that provides a restorative epicure for the world weary with all that is good in life to replenish the worn out soul. Luxury accommodation with a twist.

Our mission is to share with those in need of rest and replenishment in the wonders of the easy lifestyle that the Eastern Cape coast has to offer. In doing so we: 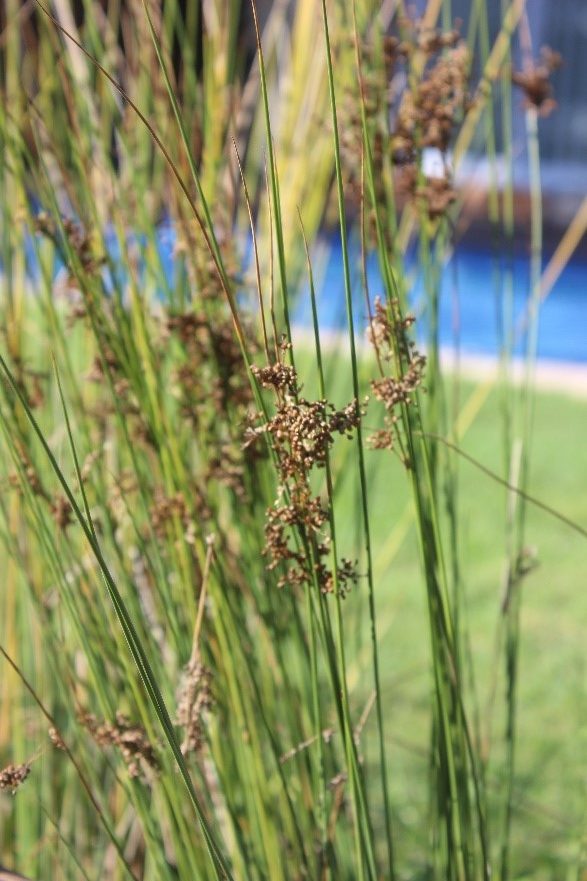 Peek Into Our World
Previous
Next
View Gallery